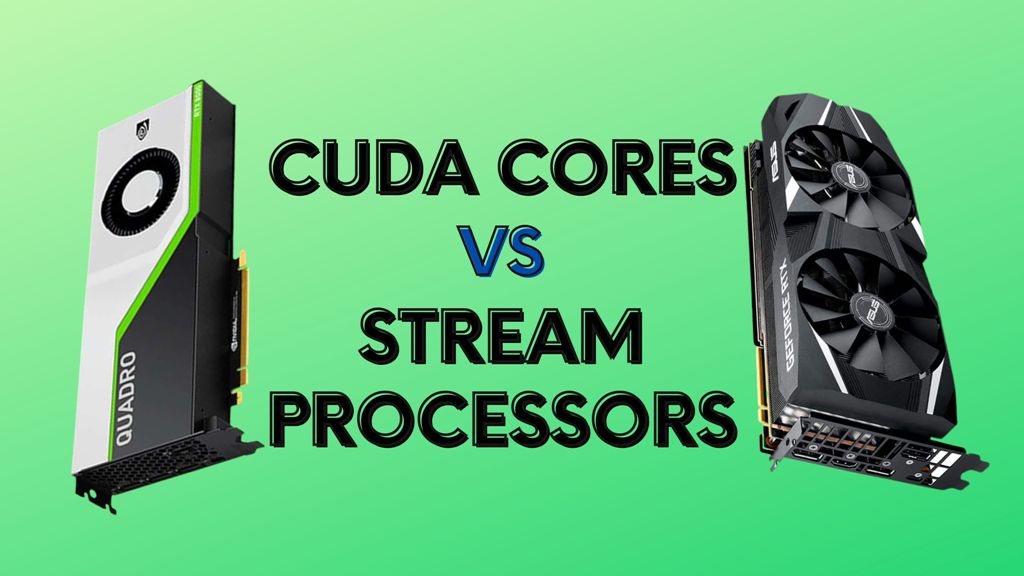 In this post, we will try to analyze the difference between AMD’s Stream processors and Nvidia’s CUDA cores. How can we compare them to actually be able to understand what they are capable of doing?

There seems to be slight confusion between these terms often. Users tend to misunderstand them and are in a dilemma as to where they find use or purpose. Hence, we have decided to compile a post based on that.

Please understand that the Nvidia CUDA cores and AMD Stream processors have the same purpose. However, they do not operate in a similar manner because of the differences that are found in their GPU architecture.

Their specifications may not be suitable for comparing the GPUs of various brands. However, you can get an idea of how they function and learn more about them. In today’s post, we are going to be discussing about two different GPU models from Nvidia & AMD.

You may want to know that apart from these two brands, there are no other notable companies. There is plenty of data available, like memory clocks, GPU core clocks, transistors, VRAM, and so on.

They serve the same role in the GPU units but are incredibly different from each other because you can’t compare the Nvidia GPU to the AMD GPU. The GPU architecture is entirely different. There are some similarities, but the design concept is not identical.

What are GPU cores? 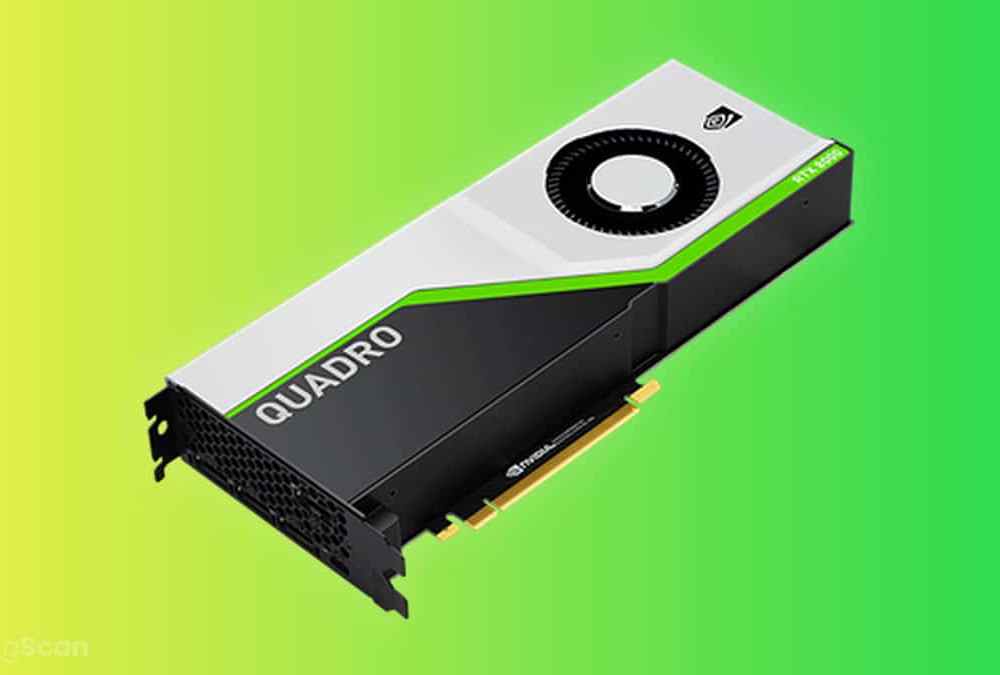 What are GPU cores in the first place? You may have already come across processors or CPU models having multiple cores. In most of our reviews, we would have given you the fact that CPUs have close to 2 to 8 cores.

The higher the cores, the better performance of the CPU model. The brand may vary. We have read about several brands makes in those reviews. Some of them could include the Intel i5, i7, and AMD R 5 or the R 7 series.

They are also known as threads, but those are a different concept altogether. The cores referred to here are the ones that allow your device to function correctly and perform all the functions efficiently.

Besides, you can also multitask. The higher the cores in your PC machine, the better the function of the PC unit, and it can process things more smoothly. You have a powerful, top-end 16-thread CPU that can work using several games simultaneously effortlessly.

The GPU cores are often able to work efficiently to those found on a CPU. However, they are not as powerful or intuitive. In contrast, a GPU model needs more raw power to be able to perform several tasks.

It is just out of the question. In this case, multiple cores can effortlessly work on millions of tasks. To get a 1920×1080 resolution display, you need to have more than 2 million pixels. When you have to get an image of a 1080p display, then you would require millions of pixels.

It is done several times each second so that the viewing experience for you is breathtaking. This is precisely what happens when you make use of the Stream processors of the CUDA cores found in the GPU units.

The technology can be quite complicated, to say the least. An important to note here is that the Nvidia CUDA cores and the AMD Stream processors are not equal to each of other. Like we have mentioned at the start of the post, they have their own GPU architectures.

The production involving both the makes are different and come with their own formula. The formula is only known to their bosses. CUDA cores are what Nvidia wanted to go in with, and Stream processors are what AMD decided to choose for themself.

What is the point of having branded GPU cores? 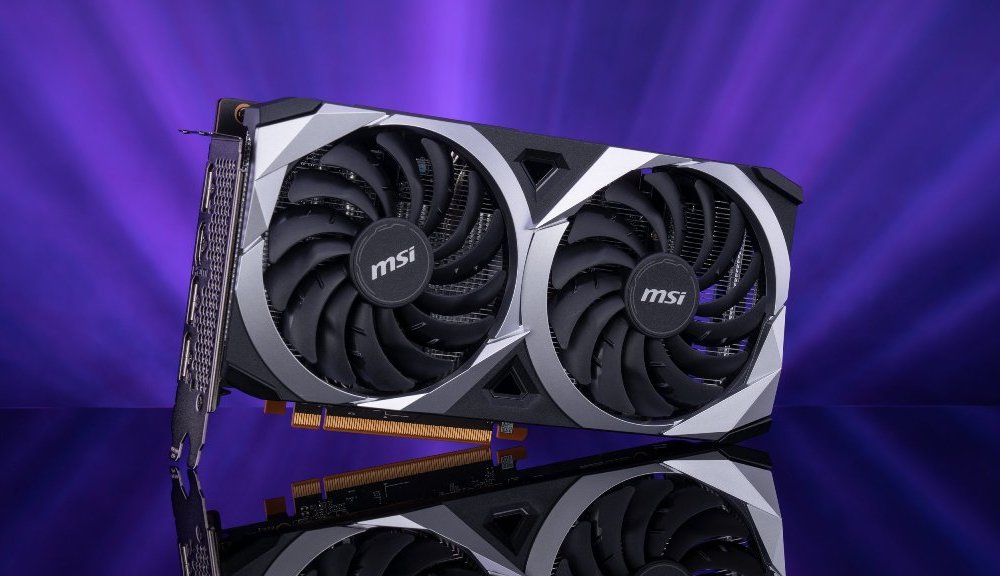 When you can’t compare the branded GPU cores, then what is the point of having them in the first place? Is it not? Two brands that have been very long in the market should have some differentiation.

What is the benefit for you, users may ask? Of course, you should know this, and that is why we want to help you understand & analyze that concept. The Nvidia RTX 3080 & the Nvidia RTX 3070 are based on the same ampere architecture.

The first GPU model consists of 8704 CUDA cores, and the second GPU unit comes with 5888. Using these figures, you might think that the RTX 3080 GPU model is must quicker than the other one.

Naturally, it is normal for you to think likewise. You may even be correct in your assumptions. But you would want to know that the specifications don’t necessarily mean higher power or efficiency.

That is why we suggest you do not spend a lot of your time & energy on most of the specifications because they aren’t any good to you. Knowing how the GPU models work and collaborate with other components in the PC machine is a pretty complicated matter.

As a gamer, you needn’t get upset or worried about it because it isn’t going to make much of a difference. When you are searching for a reliable method to compare the performance of the GPU models, then you would not delve into the numbers, specifications, and other data.

Instead, you may want to see the official or third-party benchmark results. These benchmarks give you accurate results and figures. In most of GPU models, the benchmarks are what the model can perform and do in tasks like games and so on.

Using this information, you can compare GPUs from both Nvidia & AMD. You can get to know these benchmarks from the different websites and videos. There are several posts that offer you with such information.

What are cores anyway?

When you have spent a considerable amount of time in search of GPU specifications, then you would have seen the terms Stream processors and CUDA cores. They are nothing but the technology that is used in producing these models.

They cannot be interchanged or reused by any of the other brands. It is simple as that. The CUDA cores are equal to the heart of the GPU unit. Just like a human heart, they can do one thing at a time but do it pretty quickly and adequately.

The number of cores in the CPU determines the processing power of the PC machine. The CPU unit that has the highest number of single cores is like a human being that can walk around, move around, and breathe simultaneously.

That is why you will need to ensure that the single-core CPU needs to breathe. This is different from the multi-core CPU that can do everything at once. When you have many cores in your GPU model, then it provides you with the ability to multitask.

This ability is also known as parallel processing. It lets your PC machine to work efficiently and use the processor. When you make use of a single-core CPU that is quick, then you will want to know that it is limited.

Having a multi-core CPU may slow down the task. However, it can do many tasks at the same time. So, how do the cores work? The bandwidth, at times, is limited with the cores that are present in them.

Instead of having a CPU model that has fewer cores, you can make use of a handful of cores that comes with a processor having thousands of cores working in parallel. Some of them work such that they are used for a particular task as opposed to the more generalized functions that a typical CPU faces.

This is what the GPU models have, and that is the reason why they are slower than the CPU units for general-purpose serial computing. However, they are quicker for parallel computing. The GPU cores present on them are usually known as the CUDA cores or the Stream processors.

To help you understand better, we have provided a table of Nvidia and AMD GPU models.

What is the difference between CUDA and GPU?

CUDA was developed by Nvidia for its own GPU models. It is a parallel computing platform and model for graphics processing units. This provides developers with the ability to enhance their compute-intensive applications using powerful GPUs for the proper computation.

It is more of a misconception, really. More CUDA cores cannot mean using a better GPU unit because the whole purpose is to provide efficient and parallel computing. However, having more CUDA cores provides you with the processing data ability.

Are all Nvidia cards CUDA?

Besides Nvidia, other makers like Quadro and Tesla GPUs make use of the CUDA core in them for better processing capabilities. Using CUDA cores, the GPU units come with a better processing ability for ensuring the data is efficiently transferred from them.

Does the number of CUDA cores matter?

Besides the CUDA cores in the GPU or PC device, other components play a crucial role in them. You can find the PC unit having lesser of CUDA cores can perform the same processing compared to a unit that has more CUDA cores.

An 8-core GPU model can be slightly better than a 7-core GPU unit. The performance between the two units is usually quite negligible. The numbers on paper differ slightly because you do not find major differences during their real-time performance of them.

But the different brand names use them differently, like Nvidia & AMD have a different architectures. You may not be able to find most of the differences between the two GPU models. When you compare the CUDA cores and the Stream processors, you will want to use them instead of wondering precisely what they are.

Sometimes, merely seeing the complex data may not be a good decision or choice. However, you can make stringent comparisons between the CUDA cores and Stream processors, as also other specifications.

Please do tell us your thoughts about this post. Moreover, when you have found this post helpful, then please feel free to share it with your colleagues or friends who will find the information useful.