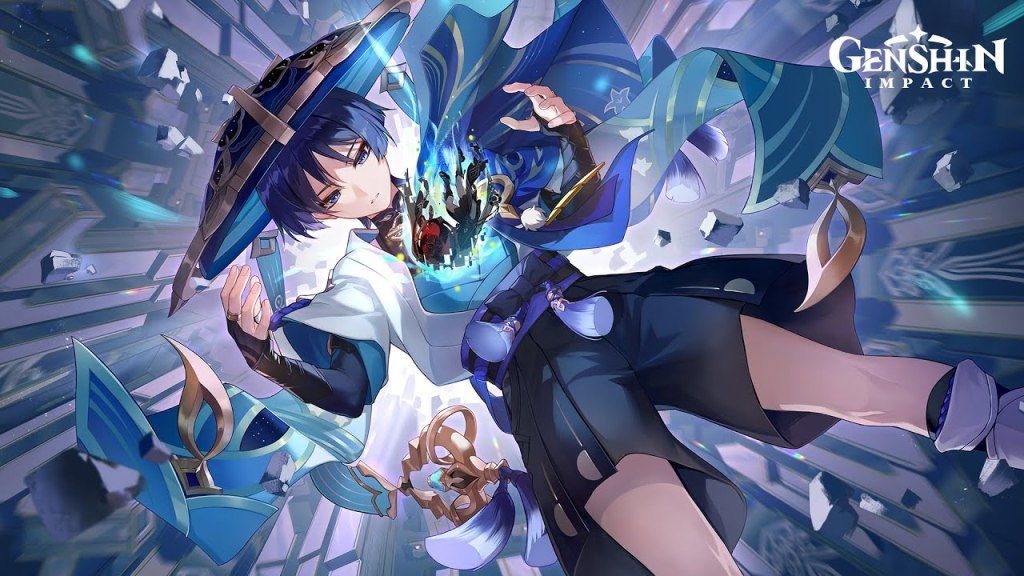 Genshin Impact is a fantastic game that comes with incredible graphics and stunning visuals on it. The game has all the elements that you, as a gamer, would want to have. The game was released into the market in 2019.

This video game was based on the RPG action games that were inspired by The Legend of Zelda: Breath of the Wild, designed by Nintendo. No, it is not a ripoff or a sheer copy, like some gamers are saying.

It comes with spectacular unique gameplay systems and a storyline that has the ability to make the game unique from several genre titles. There is plenty of content, and some special events are provided each month.

However, you may want to spend some of your cash to unlock the warriors that can actually help you to win. It is a nicely polished game that comes with excitement without you having to spend a lot on it.

If you haven’t played it yet, then you might want to download it and play it now. Those who are keen to play it on your gaming PC or laptop might want to know the minimum and recommended system requirements.

That will help you understand the game’s requirements so you can play it on your machine without much hassle.

The best way to ensure that you meet the Genshin Impact minimum system requirements would be to have an NVIDIA GeForce GT 1030 or an AMD Radeon R7 260 GPU. It enables you to play the game without experiencing any crashes.

When you want to enjoy the game, then you can make use of the recommended system requirements of an NVIDIA GeForce RTX 1060 or an AMD Radeon R9 280 GPU. Besides, you need to ensure that your gaming PC has an Intel Core i5 or equivalent CPU and an Nvidia GeForce GT 1030 or higher graphics card.

Having 8GB RAM, along with 30GB storage space, ensures that you can play the game well. Moreover, your gaming PC should run the 64-bit Windows 7 or higher OS. We felt that the AMD Ryzen 5 3600 processor, Nvidia GeForce RTX 2080, and 16GB RAM could have a good impact.

It works exceptionally at 60 FPS on 1440p. Sadly, there is no key bind customization on the game as it plays significantly using the keyboard & mouse. The mouse wheel finds more use in the game because you need it.

It is pretty similar to the Witcher 3: Wild Hunt game. You need to use the mouse wheel for the detection system. Gamers felt that another function key would do wonders for the game, but that is how things stand for the moment.

You play the game by downloading it from the official miHoYo website. You will then need to press the Windows button. Besides, you have to create an account by clicking on the login button and choosing the register now option.

As of now, it can be streamed to be played on the gaming PC efficiently. If you are using the AMD RTX 3080, then you can run the game in 4K at 60 FPS on your Windows PC and the Mac as well. You need to make sure that your internet connection is quick and wired connections work.

This is it. We have come to the end of our discussion on the Genshin Impact system requirements. You know what to do now to download and play the game properly. If you notice some lags, you may want to refer to the above system minimum and recommended requirements and then play it.

This helps you to sort out things efficiently. As you can see, your gaming PC would need to run on the Intel Core i5 or equivalent CPU, an Nvidia GeForce GT 1030. Besides, you can have 32GB RAM and 500GB storage space possible on your gaming PC.

We are delighted to inform you that you can also play this game using your Windows laptop or MacBook. If you found this post helpful, then please feel free to share it with your family members and friends.

Yes, 4GB RAM should be enough to help you play the Genshin Impact game resourcefully. We can assure you that you will not have any lags using a 4GB RAM gaming PC machine. The recommended configuration for the Genshin Impact on Android smartphones is CPU – Qualcomm Snapdragon 845, Kirin 810, and higher.

Are Genshin Impact PC requirements too much?

We would not say that because the minimum and the recommended system requirements are just fine compared to most of the other games. A gaming PC device requires an Intel Core i5 or equivalent CPU, the Nvidia GeForce GT 1030, 8GB RAM, and a minimum of 30GB storage space.

It should work on a PC device that runs on the 64-bit Windows 7 (or later) OS.

Is Genshin Impact a heavy game?

As we said, Genshin Impact is not a heavy game. You may want to ensure that you have a good GPU unit and operate it on high settings. According to miHoYo, the minimum and recommended PC specifications for playing the game would be the same as what we have given in the above post.

Yes, 256GB is more than sufficient for playing the Genshin Impact. You can even go for 64GB storage space. You can also make use of the 1TB storage space. Doing that helps you to download the game and the other essentials effortlessly without causing lag in your system.

Will Genshin break my laptop?

No, Genshin Impact will not break your gaming laptop. You may want to make sure you download the game from a reliable source, like its official website. You may not wish to download it from third-party websites as they may not be genuine and contain malware.