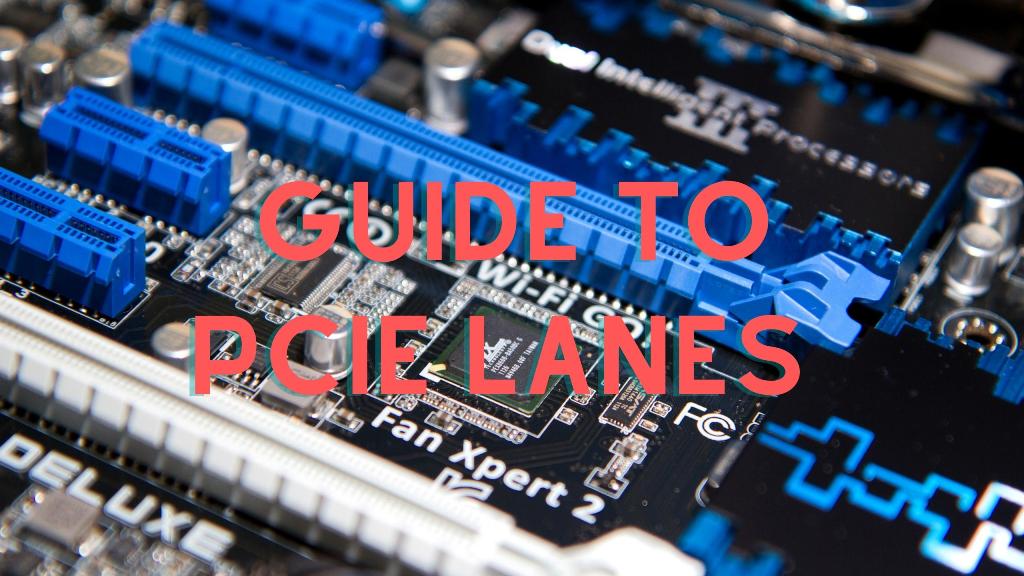 The Peripheral Component Interconnect Express, or PCIe, is a standard bus interface that finds use in the motherboard. It has several configurations that are mentioned by the number of lanes each PCIe slot contains on the motherboard.

When a single PCIe has one lane, then it is known as PCIe x1. Likewise, when a PCIe has two lanes, then it is denoted by PCIe x2, and the same goes for x3, x4, and so on. The PCIe x32 is most commonly used on gaming PC devices because they require graphic-intensive tasks.

The different sizes of the PCIe slots seen on the motherboard also depend on the number of lanes the slot has. Today, we can notice there is a massive surge in top-end gaming tasks and apps.

The primary component that benefits the most from the PCIe transfer rate, handling, and low latency, would be the GPU unit. The most important thing you may want to know about the PCIe is that it consists of PCIe lanes that link one component to another.

To help you out, we have compiled a post of the PCIe lanes that you need for your workload. Obviously, you will need more PCIe lanes to perform several tasks and play top-end games. But we may want to discuss a few things briefly to get a better understanding of it. You can also read our guide of Which PCIe Slot is Best for Your Graphics Card? 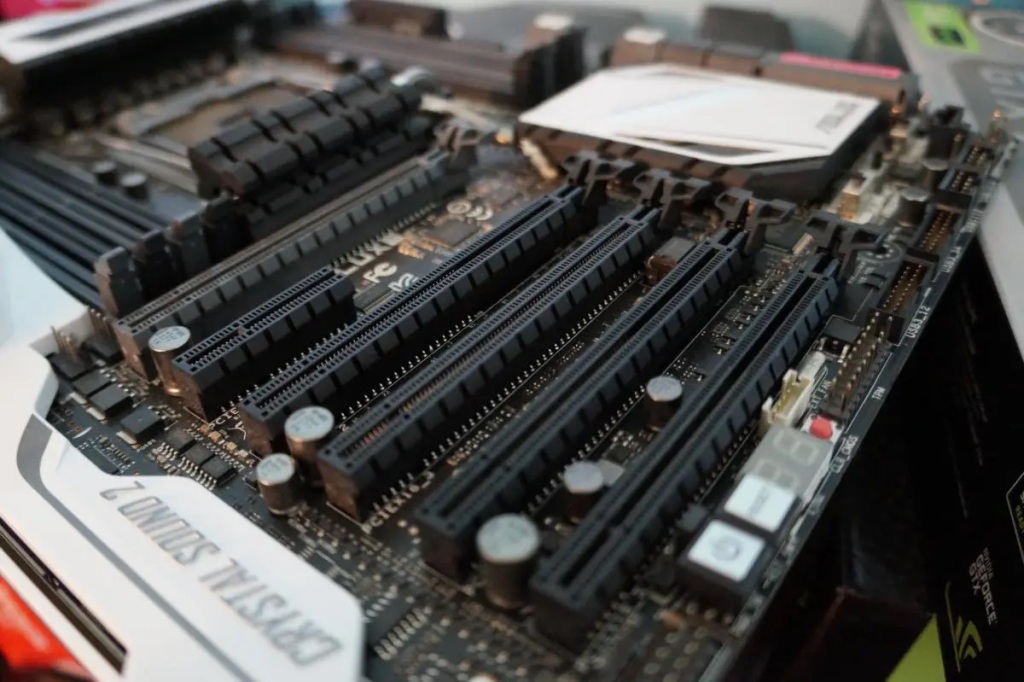 What are the PCIe lanes? The PCIe lanes are the highway of data traveling from the major components like GPUs, SSDs, and processors. You will want to know that each lane has two pairs of copper wires.

The first pair sends data, and the second pair receives the data that is transferred from the components through the motherboard. As we said earlier, the more PCIe lanes you have, the better the bandwidth and speed of the data transfer that can happen.

Today, you have the PCIe 5.0, the latest PCIe interface generation. It has an aggregate bandwidth of 128Gbps, which works especially on the x16 PC system. This is almost more than the earlier version of the PCIe 4.0.

The PCIe lanes mean more than just the slots that are present on the motherboard. They consist of the M.2 ports, I/O ports, USB ports, and SATA ports. You will want to know that the PCIe lanes provide connectivity between these components, including the RAM & CPU.

You will be amazed to find out that the CPU and the motherboard’s chipset have their own set of PCIe lanes. 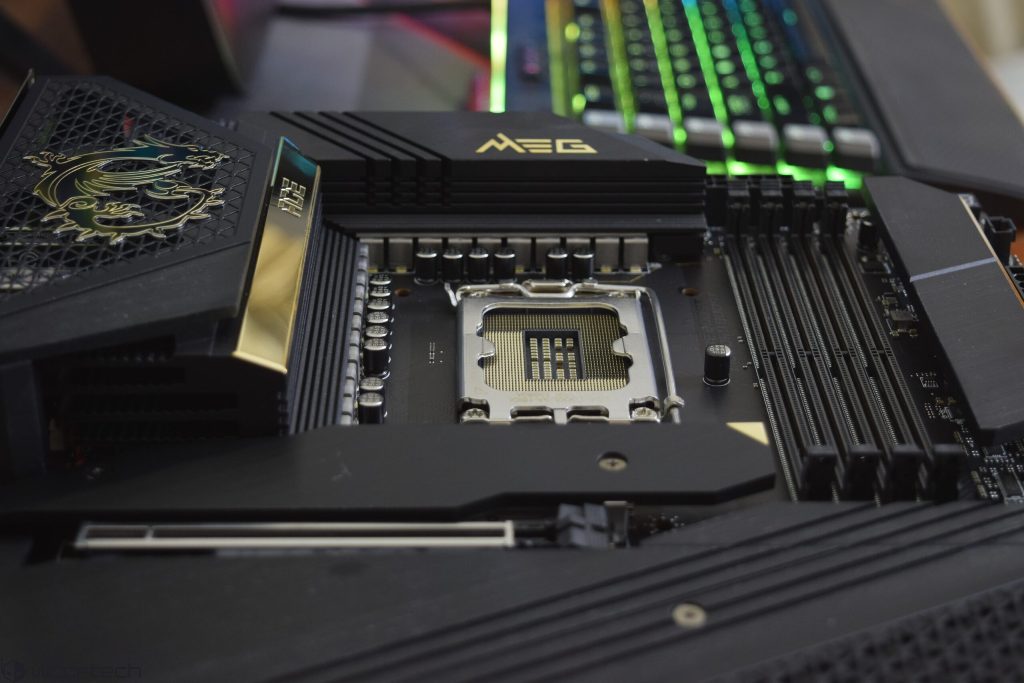 Your motherboard’s architecture says a lot about the total number of PCIe lanes that are available on the chipset. It has a range from 4 to 24. You can also find the total available PCIe lanes on the motherboard by verifying it on the maker’s specification sheet.

The chipset lanes are mainly provided for the SATA ports, M.2 slots, USB ports, onboard Ethernet, and PCIe expansion slots. The lanes can be shared with the PC device components when they are limited in size.

If the SATA ports share the lanes with M.2 slots, then they can’t be used on the lanes simultaneously. While one of the components may be non-functional, the other component will use the PCIe lanes.

Due to this issue, the chipset lanes may not handle a GPU model’s high-bandwidth requirement. When you want to decrease the load from the chipset and avoid problems, they come embedded with PCIe lanes that can directly link to the PCIe expansion slots. 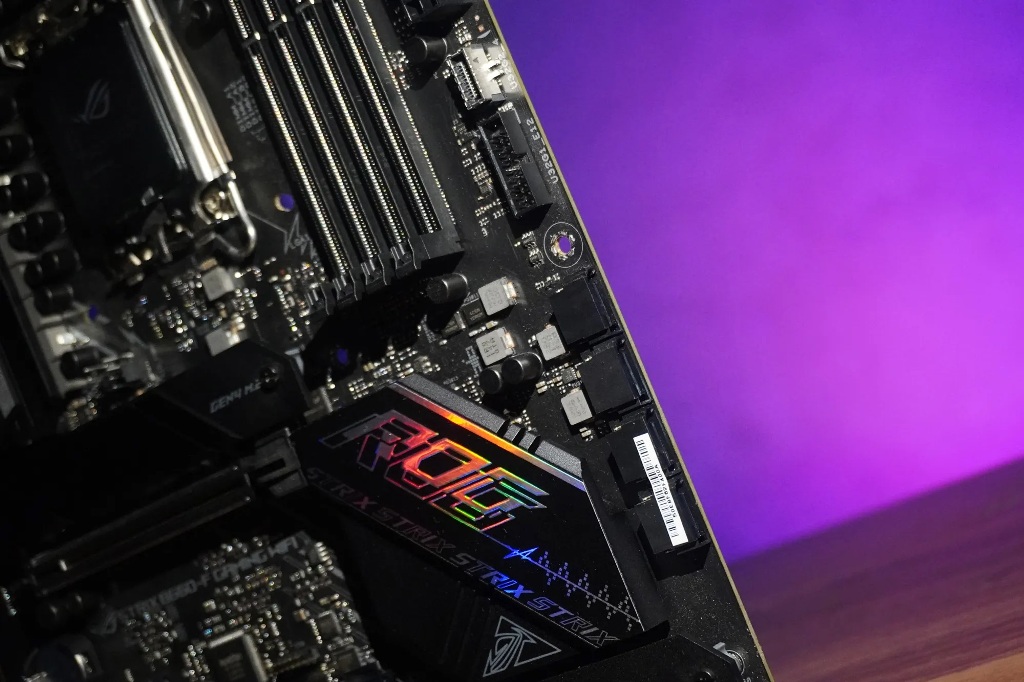 Yes, there is something known as CPU lanes. Now, the PCIe lanes on the processor are found primarily on the primary and the secondary expansion slots, which are usually located closest to the CPU.

The primary slot is the PCIe x16 expansion slot & the secondary slot is the x8 slot. However, users may want to know that this could change according to the maker’s specifications. Sometimes the high bandwidth of the PC system causes the GPU model to occupy the 2 slots.

You would want to know that the CPU lanes are not shared between these devices. That is why you can expect them to perform exceptionally well when your PC system is connected to the PCIe slot directly from the CPU. 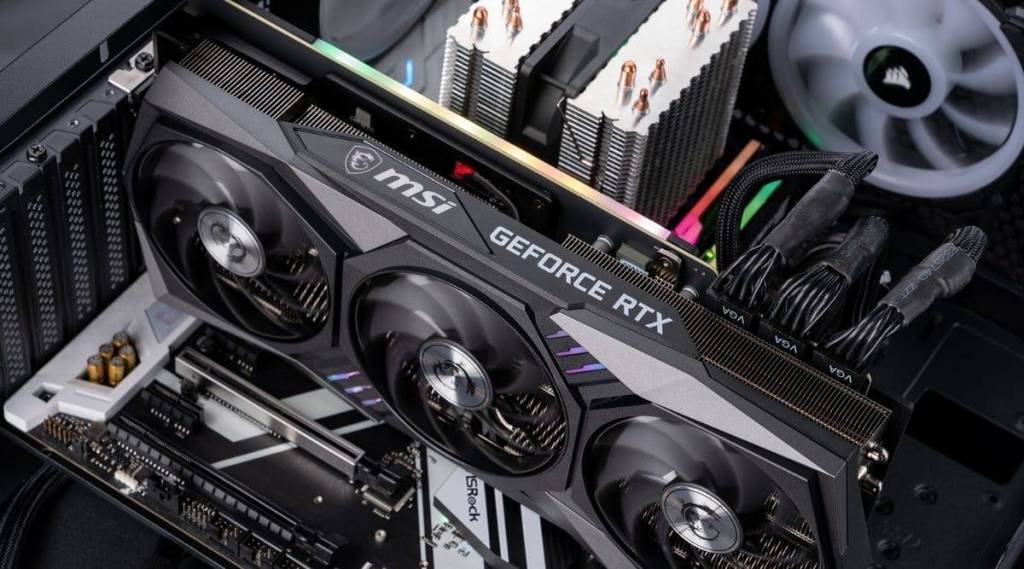 Knowing the number of lanes in your chipset is crucial for being able to know the CPU support. Besides, you will also want to find out this fact when you involve in PC development. You not only find out if the PCIe interface is saturated but design a good PC machine.

This also helps you know the kind of PC devices that work best with it now and in the future. You see, the GPU models need high bandwidth and a reasonable transmission rate. The reason for that being they transfer more data than most of the other components in the motherboard.

Some of the graphic-intense applications include machine learning, artificial intelligence, and top-end games. The PCIe x16 slot has the highest number of lanes that can offer you with the highest bandwidth.

This is mainly used for most GPU units. The PCIe x8 slot works depending on your workload and may provide the necessary bandwidth. Of course, you can make use of the PCIe x4 slot, but expect a lag in the performance as it comes with a few lanes.

A PCIe version also has a say in the bandwidth and the speed of the motherboard components in there. The PCIe 5.0 comes with more bandwidth than the ones found on the PCIe 4.0 on the x16 slot and other slots. 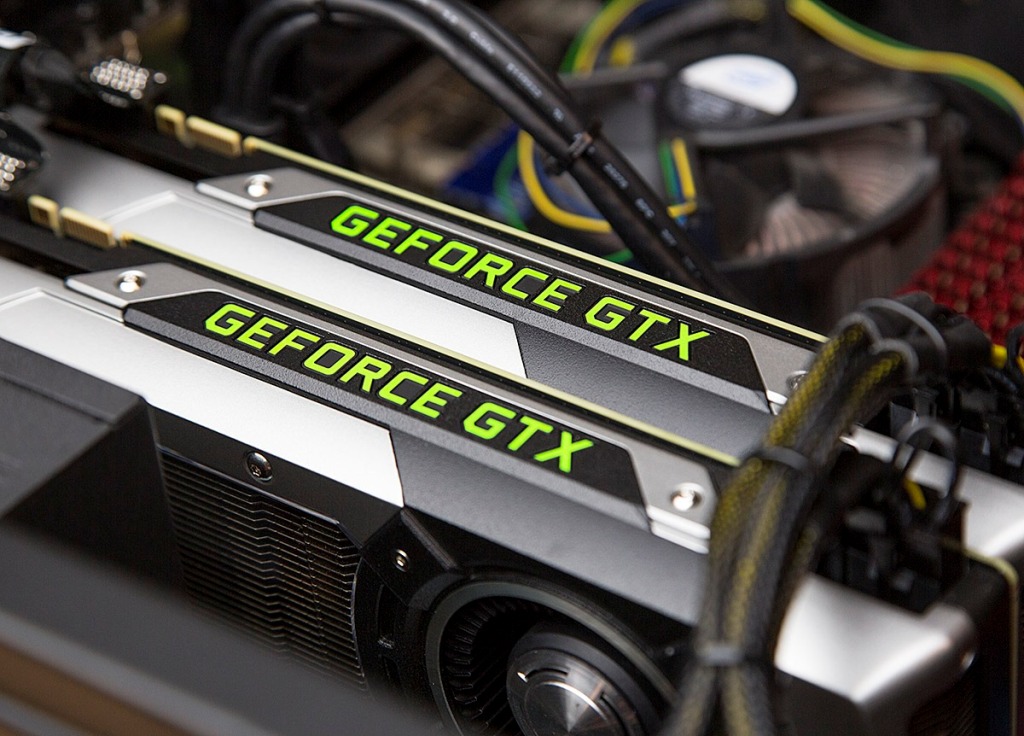 The PC machines can handle several GPU models to make use of the multiple displays. Additionally, the Crossfire merge multiple GPU models, and the SLI can make them work together.

When two GPU models take up the x16 and the x8 slots, then the lanes are decreased according to the PCIe lanes provided by the CPU in there. So, when the CPU offers 16 PCIe lanes, then the first slot is given to the 8 lanes.

That is because the CPU has a maximum of 16 lanes for providing the expansion slots. Moreover, you can also find that when the processor is a PCIe 4.0, then you may be able to notice a significant difference in the performance of the GPU unit.

When the processor or the GPU unit comes with a low PCIe version, there might be some performance changes. That is because the capabilities of the PCIe lanes can be downgraded to a low version.

All in all, the total PCIe lanes you can have on your motherboard can range from 30 to 128 on most of the PC machines that are sold in today’s market. Of course, it can do higher in some cases too. 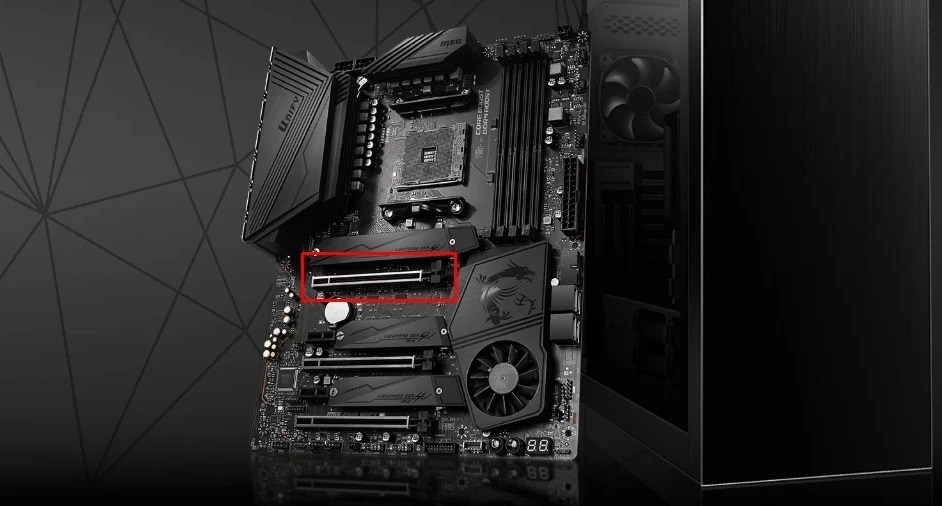 Since you now know what PCIe lanes are and their responsibilities, you may also want to find out their significance. The number of PCIe lanes on your PC machine depends on the motherboard and the processor.

You can find the number using the specifications of the CPUs. Knowing the number of PCIe lanes and adding a new component to the available PCIe slots is imperative. Users can install the devices that occupy the PCIe lanes, which can cause damage to the components inside.

Besides, you will also want to know that the number of PCIe lanes your PC device has is not the same as those that are available for usage. This is found on the motherboards like the Intel Z490, where you can find 24 PCIe lanes.

But it does not mean that all 24 PCIe lanes are available for users to install the cards upon. These PCIe lanes come with the motherboard controllers and the PC components, including USB controllers, SATA ports, and the SSD port.

How to occupy the PCIe slots? 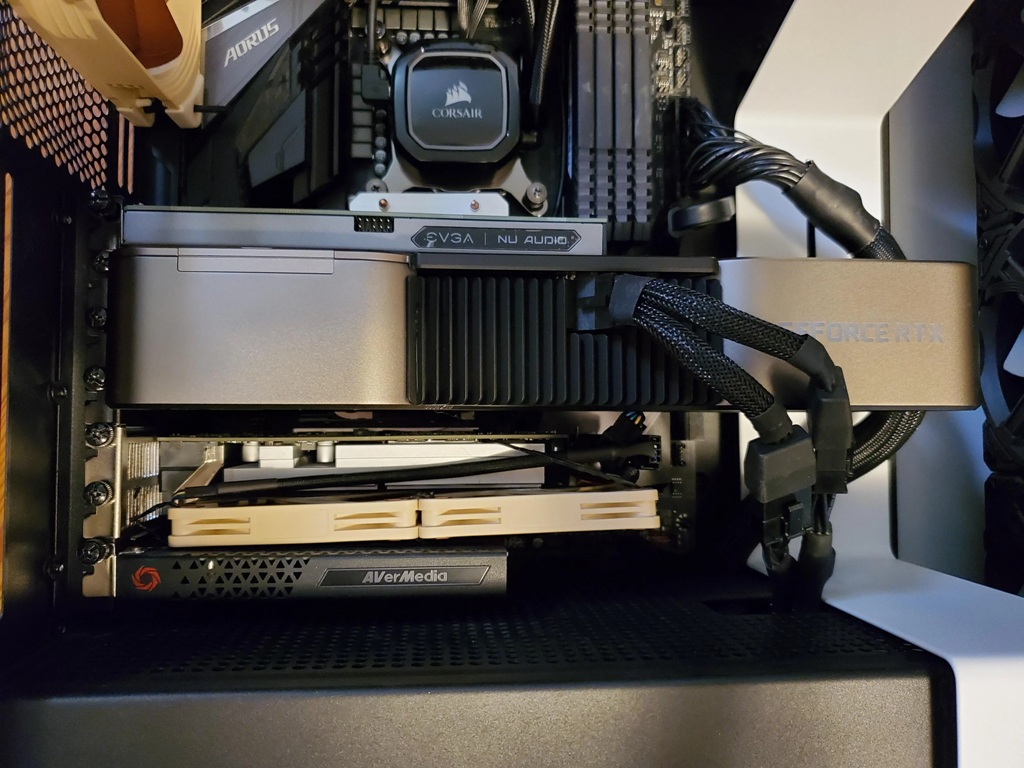 You can occupy the slot with the expansion cards, including the network cards and also the RAID controllers.

How to check how many PCIe lanes the GPU needs?

You can check how many PCIe lanes your PC GPU model needs using two methods that are given below:

You can also make use of a free application known as GPU-Z. Using this free tool, you can make use of it to verify the GPU PCIe Lane on your laptop. You need to look for the field that is marked as Bus Interface, which can tell you how many PCIe lanes the GPU can occupy & version.

How to check how many PCIe lanes I’m making use of?

You can find that by looking at the devices that are plugged into your PCIe slot and also the number of slots that are occupied. When you see there is a single GPU unit that is inserted into the first x16 slot, then you are using 16 PCIe lanes.

When you have the 4K video capture card inserted in one of the x16(x4) slots, you would want to know that you are using 25 PCIe lanes.

Is there any PCIe lanes calculator?

For now, we do not have a PCIe lane calculator. Though it comes in very handy, sadly, we do not have this kind of tool today. So, you have to calculate the PCIe lanes yourself by seeing the CPU and motherboard specifications sheet.

You may need 16 lanes when you are using a single GPU model. But you can consider making use of the x8 slot for regular consumer workload. This setup is also ideal for working on graphic apps & games.

However, a PCIe 3.0 can work on the minimal information just alright. But when you want exceptional performance, then you may consider using PCIe x16 or the x8 slot. You may also want to check on the PCIe specifications sheet and find out the maximum number of lands that the GPU unit is using.

It depends on whether it is a single or multiple GPU configuration. This comes in handy when you are designing a new PC machine for yourself. If you have found this post useful for your cause, please feel free to share it with somebody planning to develop a new PC machine.