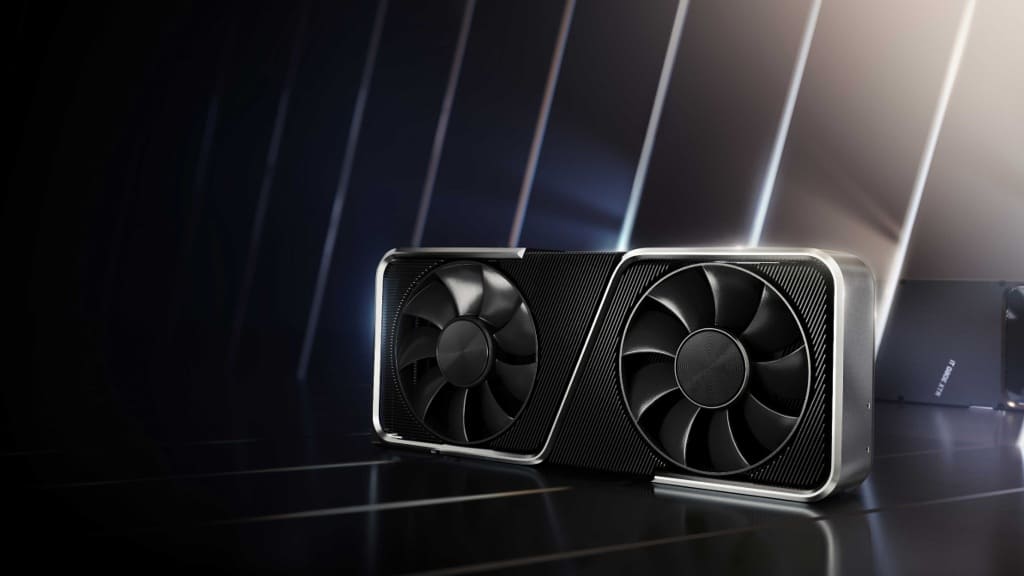 If you are a gamer, then we can feel your pain and understand your predicament. There is a massive shortage of GPUs in the market. Though you can find a GPU, it comes at heavy pricing. To add to your sorrows, you have the cryptocurrency that is taking the world by storm.

Though they are going through a lull now due to the recession in the US, they stand to hit back in a few months’ time. This has led to several GPU owners making use of the machines to mint bitcoins for their service.

You can find several PC owners doing good business at home itself. To tackle this problem, NVIDIA produced the LHR technology. The GPU is a crucial component for any PC or device. When you are a professional gamer, then it becomes all the more vital that you make use of a powerful GPU.

But does the NVIDIA LHR or Lite Hash Rate cause the GPUs to lose their performance?

This is what we are going to be discussing in this post. You see, GPUs are primarily used to watch your favorite movies, play games, and provide you with stunning image clarity. Not to mention, they are used to work on your graphic design tools.

You will be surprised to know that several users are getting the GPUs for themselves to use them for crypto mining. Cryptocurrency and crypto mining might be new terms to many, but they have been around for over a decade.

Some countries have even accepted them as a legal form of currency. At the same time, some countries have completely banned their citizens from using them. If you belong to those countries where you can use them or plan to use them shortly, then this post would be helpful for you.

As a result, today, you can find several issues because of this confusion caused by the proper lack of currency rules. To fight these problems, NVIDIA released a new GPU with the Lite hash Rate (LHR) feature.

Using this kind of GPU can help you play games and make your crypto mining in peace. But have they decreased the performance of the GPU is the primary question? That is what we are going to find out in the post.

What is crypto mining?

To get a clear understanding of the LHR GPU, we need to know what crypto mining and cryptocurrency are. Cryptocurrency is a form of currency that you can use to pay for goods and services.

However, as we said in the earlier paragraphs, not all countries have accepted it, and, in some countries, you may be held to the law for using it. But with tycoons like Elon Musk, who is a firm believer in cryptocurrency, you can purchase a Tesla car using cryptocurrency.

Crypto mining is the process of producing these currencies through solving complex mathematical problems. You can use your PC to produce these bitcoins as they are called as and use it where you can.

What is an NVIDIA Lite Hash Rate (LHR) GPU?

We do not want to get into this very deeply. It simply means that the GPUs do not come profitable for the miners. When they consume more power, then it can cause heavy power bills for the miners.

Perhaps, the manufacturer wanted to go it such that when the models are not very suitable for the miners, they would be consumed by the gamers. But it also affects the performance of the GPU on certain games, especially when you make use of it for mining purposes.

A high hash rate is desirable when you want to work with it as a miner. Moreover, consuming low power when you are mining is ideal for mining cryptocurrency. These machines can consume a lot of power for mining purposes.

Before you begin mining cryptocurrency, you would want to keep an eye on the power consumption. The LHR GPU models come with a lower hash rate. Besides, they don’ consume more power making them not appealing to those of you who are miners.

For example, you can note that the RTX 3060 Ti GPU comes with a had hash rate of 60MH/s and now runs at 30MH/s. You would be surprised to know that the RTX 3060 GPU was launched earlier without the mining measures.

Sadly, the official driver update got rid of the feature, and now users can make use of the flaw. From last year, all the new GPU models come with a new limiter that ensures that the graphic cards don’t have any issues with the mining performance.

You would be able to easily recognize the LHR GPU as they come with the label mentioning it there. You may know that crypto mining is a huge business these days. You can find miners individually mining at homes and understanding the flaws required to consume less power, which may not be a noble thing to do.

Though not illegal, they are committing a crime by reducing their actual power usage by them for mining purposes. We suggest that you might want to avoid these tools and software that claim to do so.

Can you bypass NVIDIA’s LHR restrictions?

When you are into gaming and another usage of the GPU, bypassing the LHR restrictions placed by NVIDIA will not bear any additional fruit. But several miners have already found out several methods and are using software to do so.

We have already requested you not to make use of them as they could harm your PC or device that you are working on or using for mining. Some of the tools claim to block close to 80% of the restrictions.

The main part now. Does the LHR really affect the gaming performance of the GPU found on your device? This could also be put another way: Does your GPU’s performance affect your device indirectly?

The release of these LHR GPUs will put an additional burden on the market because they are affordable. As you know, hackers are everywhere. They might target your LHR GPU machines, but they won’t be able to do so anymore.

This might be the right time to change or replace your GPU card when you are looking for the right time. There might be some difference in the cooling performance based on the technology that is implemented on your machine.

However, you can also use it for rendering projects.

What GeForce GPUs have LHR?

Below are some of the GeForce GPUs that come with the LHR technology infused in them for you.

NVIDIA decided to go ahead with its RTX 30-series products in the middle of 2021. This was during the pandemic. We don’t understand why they choose to do it then. But during that period, the crypto market saw a massive influx of funds throughout the world.

You could find miners reaping the benefits the world over, and it did not come as a surprise that GPU makers wanted to cash in too. Having said that, those of you who have or are using the RTX 3060 Ti and the RTX 3080 GPUs will want to know that they can make use of it for mining too.

It is not surprising to note that the Founders Edition models do not offer their support for the LHR. However, the GeForce models that come with the LHR technology were done automatically.

Most of the models provide full hash rate performance. You will want to know that the RTX 3090 GPU comes in line with the gamers and the miners. That is why you would want to be careful using the GeForce RTX 30-series unit that does not come with LHR.

As we read in the above post, the LHR does not affect the gaming performance as such. However, it does have an effect on crypto mining if you do so. As of now, we do not have specific information on the actual performance depreciation due to a lack of tests done.

But we went through several videos on YouTube, where they have clearly mentioned that there is no lack in the gaming performance in the GPUs, which is a good thing. Besides, hackers may not be able to attack the devices as they come with the LHR GPUs.

Can you bypass NVIDIA’s LHR restrictions?

This is an interesting question that several users want to know. Based on that, they decided to purchase the LHR GPUs. If you are a crypto miner, then having this kind of GPU will do wonders for your work.

You can use the crypto mining software to unlock close to 70% of the hash rate. This is especially when you are mining Ethereum, as it is popular among miners. Yes, there is software for the job.

How to know if you are using an LHR GeForce graphics card?

The kind of model that you purchase does not matter. So, if you are getting the RTX 30-series card, you understand that getting the LHR GPU identifies its Lite Hash Rate feature. Additionally, the Radeon GPUs do not come with restrictions on the hash rate.

What should be the cost of the NVIDIA LHR Lite Hash Rate GPUs?

The GPUs are priced expensive as the major retailers are currently out of stock, and they might be able to sell all their products once the shipment comes. Besides, third-party retailers like Amazon look to make good money with these models.

There you go; we have come to the end of the discussion on whether the LHR GPUs perform worse or not. We hope that you benefitted through this article and were able to understand about this exciting concept.

The manufacturer says that the gaming performance of the LHR cards might not slow down the Ethereum workload. So, if you are a crypto-miner looking to invest in Ethereum, you might want to know that.

However, there are other bitcoins that can put pressure on the GPU, like Dogecoin and others. Having seen the trend in the market of being able to generate quick sales is a beautiful sight for the makers.

The NVIDIA RTX 3060 card was able to sell quickly as it was released this year. Besides, the resale value of the LHR cards is fantastic in the market. Crypto miners will find value in these cards because of their decreased performance.

If you are a professional gamer, then you might not be too impressed despite no lag in the performance. But when you are a miner and are looking to play a double game with our GPU unit, then you can take things further.

We strongly feel that the LHR is moving in the right direction. All good things take time to prove themselves. After all, Rome was not built in a day. We see a strong future in the LHR GPU market, and the scenario may change in the coming years.