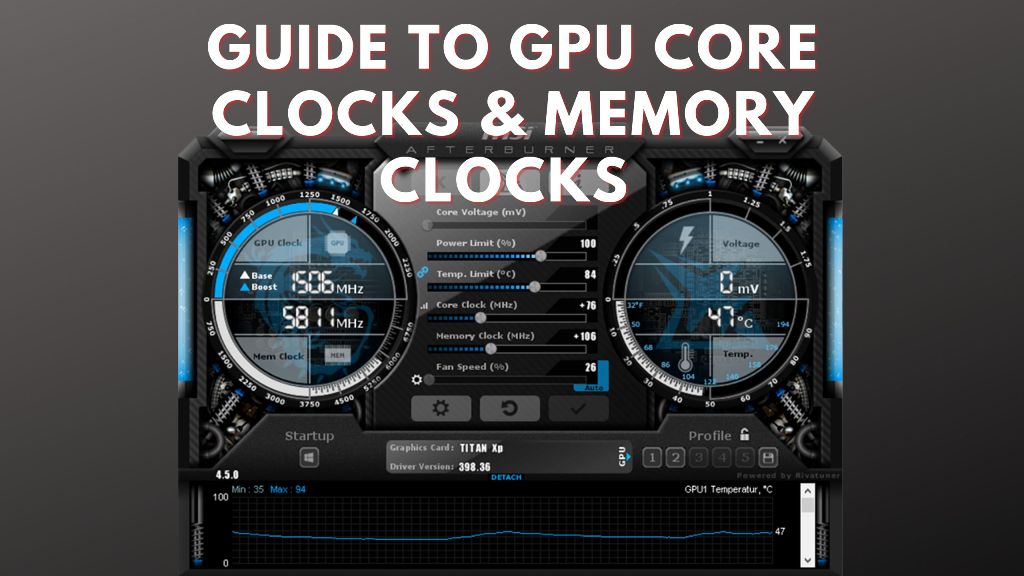 You would have seen some figures of your GPU model, when you have viewed a specifications sheet of the unit, right? You can find the name of the GPU unit, the core clock speed, the amount of the VRAM, and the clock speed of the VRAM as well.

But what are these? Do they play a crucial role in your GPU model and your PC device? Besides, what about the core clock speed of your GPU model? The memory clock of your GPU unit can be a vital point to your core clock, and maybe more important.

That is why we have decided to present to you through this post all about the GPU core clocks and memory clocks as well. We will find out the importance of GPU memory clock speed and how it affects your gaming performance so that you can make a good decision.

What is memory clock speed?

The memory clock speed or the VRAM that is present on your GPU model stores the textures that are primarily used in the game that you want to play. In this sense, when you have a quicker VRAM, you can process your graphics card more quicker.

You can store more of these components when you have more VRAM. The high VRAM clock can enable gamers to render quickly. Now, overclocking can help you improve on graphics card performance, and you can overclock your GPU memory.

That is why you would always want to ensure that you make use of overclocking to get the ideal performance from the GPU model, as well as the other components present in your PC device.

What’s the difference between a memory clock and a core clock on a GPU? 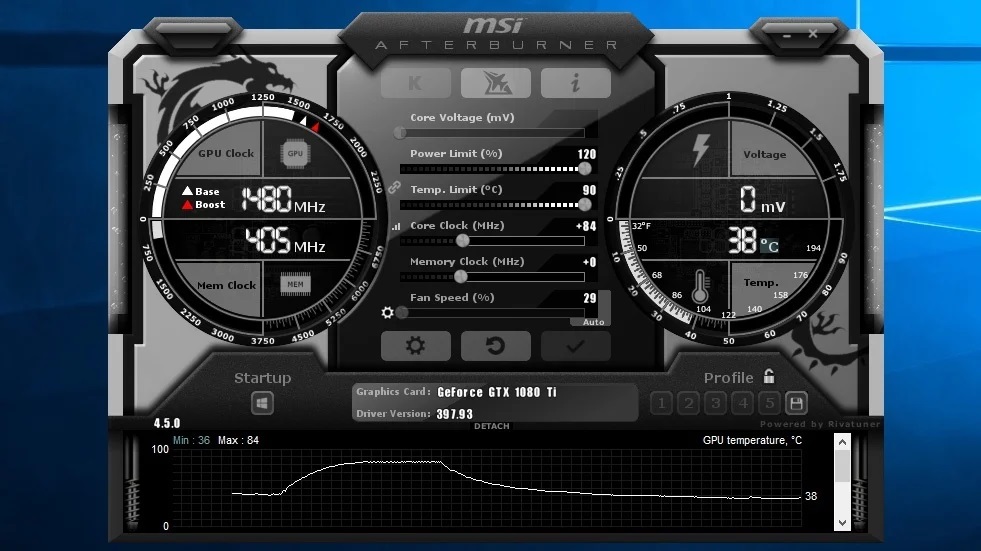 The core clock usually affects the gaming performance of more than the memory clock can do. So, does the memory clock speed affect the frame rate per second? It may or may not be because we do not have a clear answer to that question.

Though the GPU memory clock speed is a crucial aspect of things, it does not necessarily mean that it should affect the frame rate per second when you play games on your PC machine. That means when you want to choose your GPU model, you need to compare the raw performance of the individual graphics card.

But the memory clock varies between the third-party models. You may want to beware of that and choose likewise. Besides, the core clock may vary too, and you may want to check on that as well.

If you are somebody who just checks on the core clock for details on the FPS, then we may say that you may not get what you want when playing your games.

How does the memory clock affect that aspect?

When you want to overclock your GPU memory clock, the performance might be somewhat high. But this can vary from game to game, and some games can be played better. That is because of the VRAM frequency than other games.

The players do not seem to value the figures as much. That means the GPU model memory clock might affect the frame rate per second by 1% or 10% may, depends on the game you want to play.

Now, what is crucial for the frame rate per second for the actual graphics processor’s core clock speed? It is a proper number you need to know on the GPU unit, as a more significant number can only mean better performance.

Typically, when you have a quick core clock, then you need to make use of a higher frame rate per second. However, it may apply when you want to compare similar GPU models with each other.

We can take, for example, the 2080 FE & 2080 ROG Strix. But you would want to know that GPU models have a varying number of components and build the structure. There is also a GPU core clock speed that can measure the speed of the processor.

We can conclude that overclocking the GPU core clock can directly affect the FPS you get in games. But when you look at the memory clock ratio, it measures the speed of your GPU model onboard memory storage capability & improvises on the textures of the games.

When you increase the speed of the clock, it enhances the VRAM efficiency that is present in the processing game that is present. This helps you to run and run your game much smoother without elevating the FPS more in most instances. 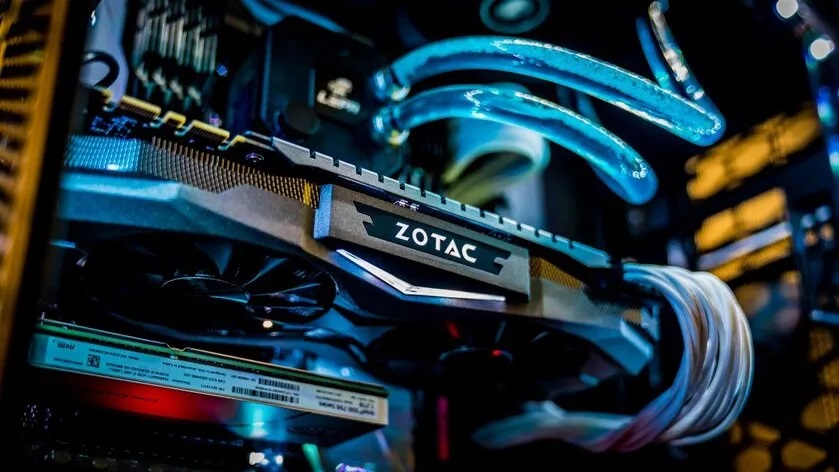 The boost clock is similar to the turbo speed that is decided by the manufacturer. This is when your GPU model undertakes most workload. When the GPU unit works hard, then it may require close to 200MHz to provide a bit of a performance increase for the heavy load.

The boost clock is important for the GPU model when you are not overclocking. That is because it will help in reaching your clock speed. When the clock speed is higher, then you can be assured of higher performance.

However, please do note that the overclocking may change the base of the core clock of the GPU unit. This makes your boost clock worthless as your base clock because it may sometimes go higher than that. 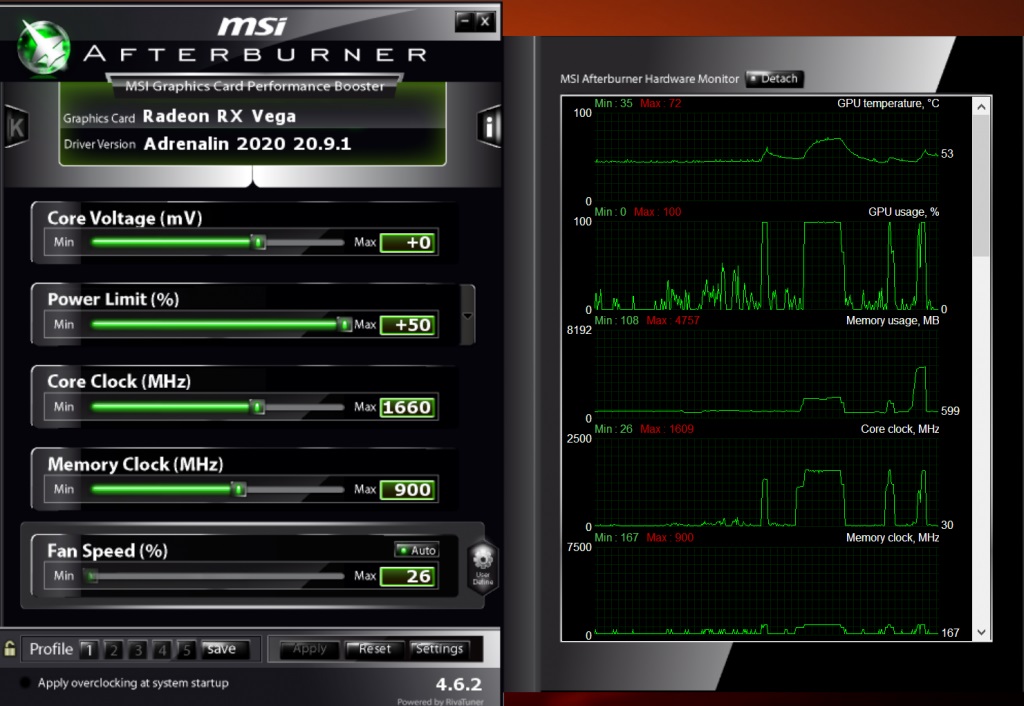 When you own a graphics card, then you might want to test your GPU’s performance because it may help in the upgrade. You can make use of tools like 3DMark and UserBenchmark to see the GPU unit performance, compare it, and then score it.

You can also compare it to other top-end GPU models. With the help of the UserBenchmark tool, you can test and find out all the components in your PC machine and score them. Using the scores, you can compare them to the other components that you want to test.

The scores are mostly based on the performance of the lowest test that is got to the highest test received. It is a phenomenal method for you to get an understanding of what you have compared to the components you could.

The 3DMark tool can help you find out accurate details about the GPU unit. That is because the unit can provide you with the ideal load on your GPU model and work just fantastically. The GPU units make it to the test, despite of how the score was obtained.

Similar to the former tool, 3DMark, does not make use of the scores that were received to that of the benched GPU models. You will need to do that by yourself. The tool does give you an idea of the gaming performance.

It also provides you with a paid version of the tool that lets you use more benchmarks to know more techniques of the GPU unit. The tool can work on Android, Windows, and also iOS.

You have to make use of a GPU monitoring tool like GPU-Z to verify the temperature & speed of the clock. To check the overclocking, you may want to use the MSI Afterburner for all your overclocking needs, as it is quite simple to use & work with customizable settings. 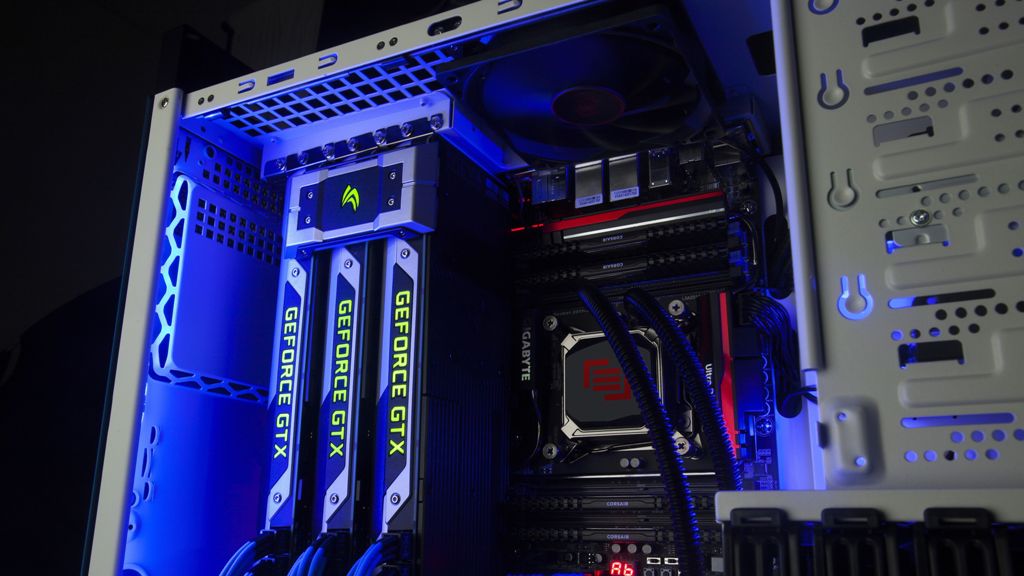 You might know by now that overclocking your GPU model is an incredibly painful process, and you may find it very hard to make progress. Sometimes, it may not overclock at all. But you stand to get lucky, and it may work alright.

We have provided you with a few tips that can help you when you want to make use of the overclocking process.

Is the core clock or memory clock more important for GPU?

The memory clock is more important for the GPU because they play a crucial role in the games. Anything less than 10% should give a good performance. They can affect the gigabytes of textures, and that is why you may want to overclock the GPU memory by 50% to 100 MHz.

Is it worth overclocking the GPU memory clock?

Yes, it is worth overclocking the GPU memory clock because it can give you additional frames. This depends on the game that you want to play. A few games do not have any sort of benefit when you use the memory OC, but to maximize your GPU performance, you must consider it.

What is more important for mining, the core clock or the memory clock?

Both the core clock & and memory clock are crucial for mining. That is because you can set it higher for better performance. Likewise, the memory clock can also be set higher if you wish because it can reach levels of up to 800MHz.

We have come to the end of our discussion on the PGU core clocks & memory clocks. We hope that you benefited reading from this article and were able to understand everything about it. The next time you have any issues, then you know what to do.

We would be delighted to hear from you about what you thought about this post. Please do share your thoughts in the comments section below—happy overclocking, folks.