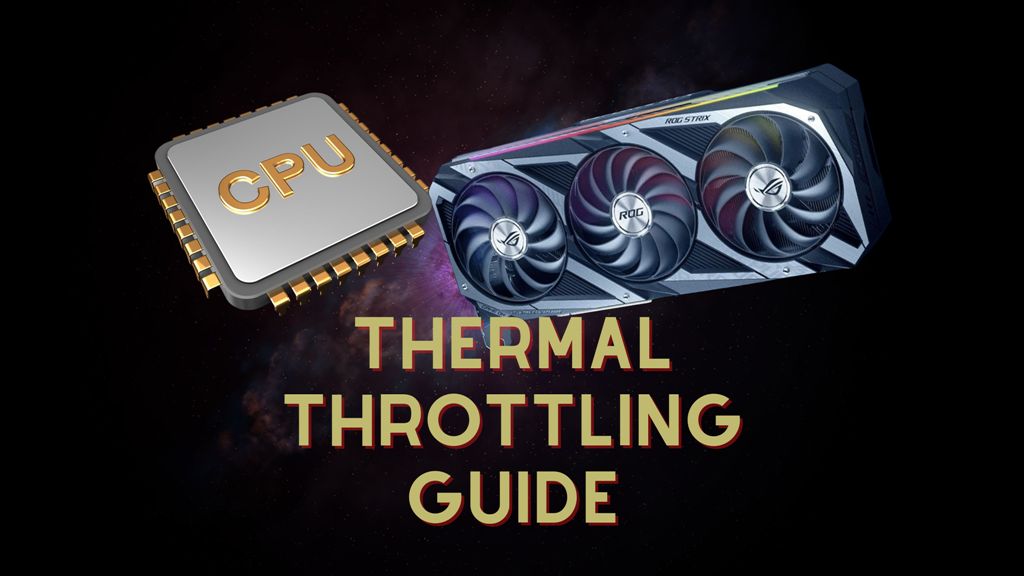 There is nothing more annoying than having your system slowdown in the middle of an important presentation or documentation. Nobody likes to work on a slow PC device. It causes immense delays in your work, and you may not be able to meet your client’s deadlines.

It is crucial in today’s already competitive market. However, everything happens for a reason, and the same can be said about your PC system. It could be due to the fact that your GPU & CPU are overheated, or your hardware needs to be updated.

There may be another reason in the form of having low storage space. You need to remove some unwanted files from the PC system. Overheating is often the main reason for your PC device to slow down.

It can be highly frustrating and can decrease the overall performance of the system. You might not be able to do what you like & prefer. That is why we decided to prepare this post just for you.

When they both don’t work in tandem, as they have some kind of slowness, then your PC machine tends to be affected due to it. More often than not, thermal throttling is said to be the main reason for your PC device not to work according to its capacity.

The thermal throttling is when your CPU has reached a specific temperature that it is not supposed to. It immediately slows down so that it does not cause any overheating and malfunctioning of your PC device.

It may even lead to permanent damage to your PC machine. You certainly don’t want it to happen.

What is GPU & CPU thermal throttling? 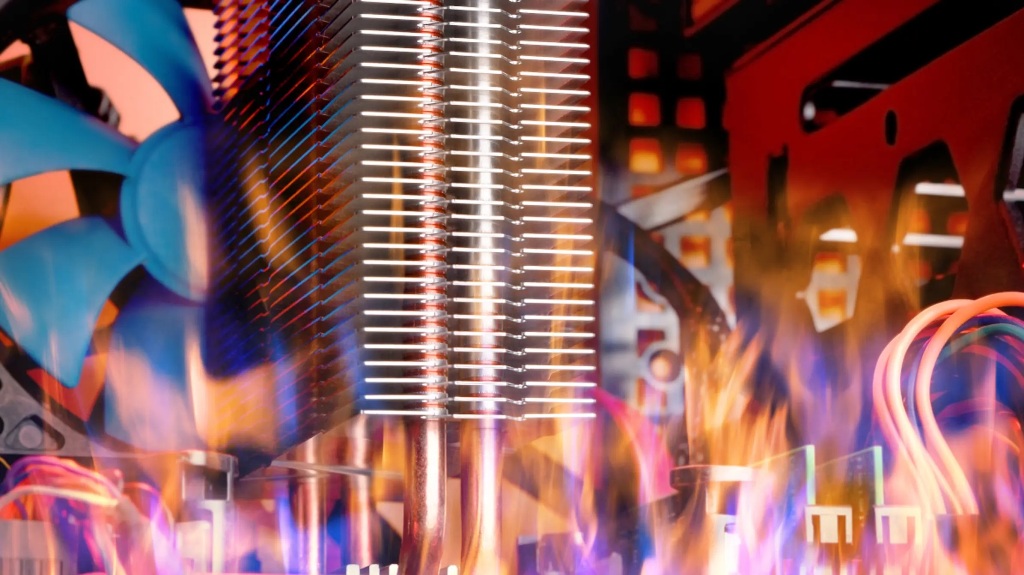 The GPU & CPU thermal throttling happens when these components that are present inside your PC case become too hot. It could be because you are running a top-end game or working on a major software.

Naturally, these components tend to work slower to prevent themselves from getting heated up. When this occurs, your system’s performance reduces a bit and causes a decrease in the graphics card and CPU.

There can be a massive drop in the FPS of your GPU because of that. But you will want to know that it is required; otherwise, your PC device may get damaged permanently, as you read in the above paragraphs.

The process of GPU & CPU thermal throttling happens because of the overheating that has occurred inside your PC case. 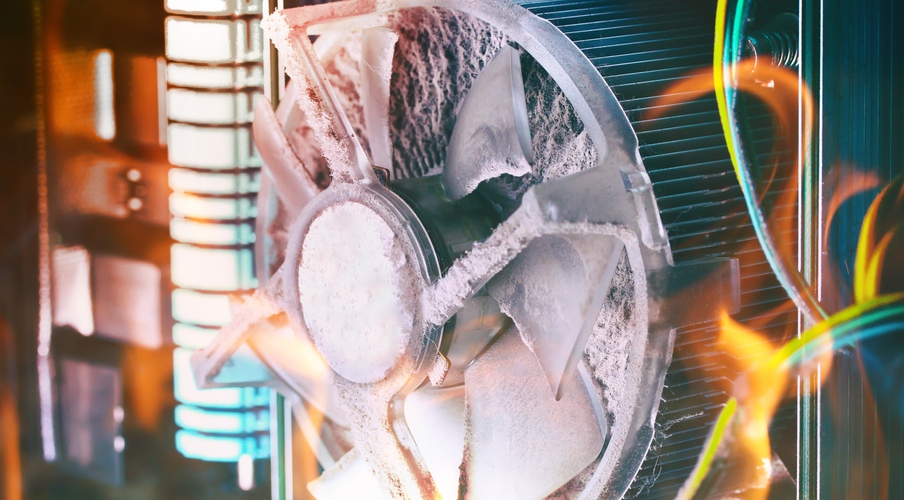 Due to poor ventilation

When you are working using a minimal PC case, then the ventilation inside there can be inadequate. It causes less space inside, and that brings about poor airflow inside. When you keep working for some time, then the heat increase causing thermal throttling.

If you notice, laptops have this issue because of the compact design. Besides, the dirt particles accumulating inside it cause a major hindrance to the airflow in there. So, if you are working using a small PC case, please update it with a larger unit.

The overclocking process frequently happens on your PC machine. When you want to overclock your PC often, you are pushing all the components to work harder beyond their capacity. When you do that, it causes heat to increase.

When you work for lengthy periods of time

When you are using an old PC and work for lengthy hours, then it may cause the CPU & GPU to become hotter quickly. In this case, there might be a massive buildup of dust and mold in there. You may want to get it cleaned so that the PC may run faster or get it upgraded. 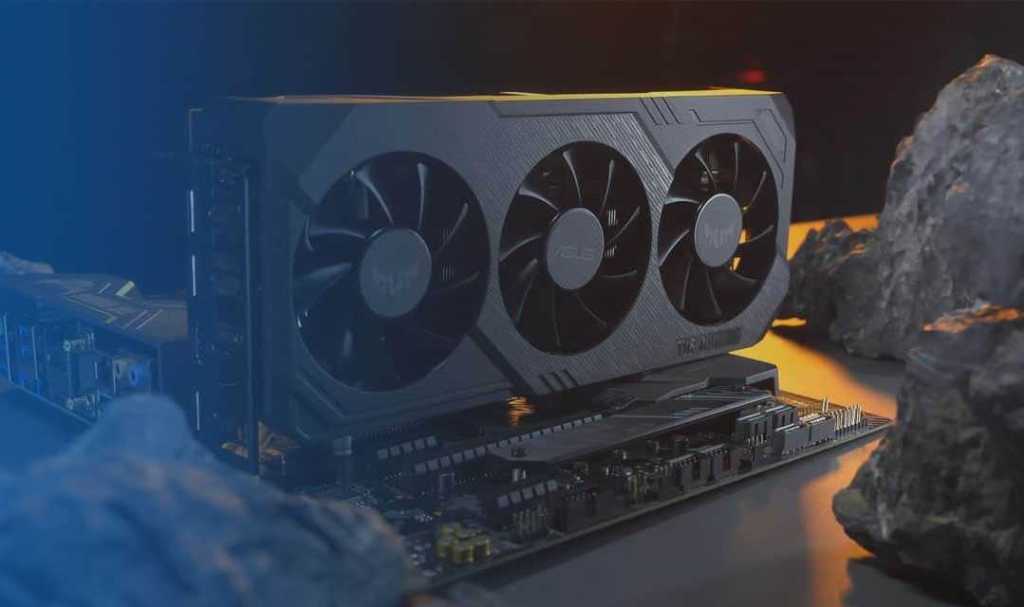 Both GPU & CPU throttling and thermal throttling are not the same process. Though they signify that the GPU & CPU are running slow because they are hot, it is not completely accurate. The throttling is known as the DFS technology.

When under heavy load, the dynamic processor scaling technology is, also called as Dynamic Frequency Scaling (DFS), decreases the power consumption ability of the CPU. It is used by the processors for balancing the clock speed.

Besides, it also helps in the safe operation of the GPU & CPU and the power consumption. They help to keep your PC device running efficiently. The thermal throttling is the throttling that happens because of a low temperature.

The GPU & CPU functions effectively are done by reducing the frequency and the voltage avoiding a heat buildup.

How to know when your GPU & CPU is throttling? 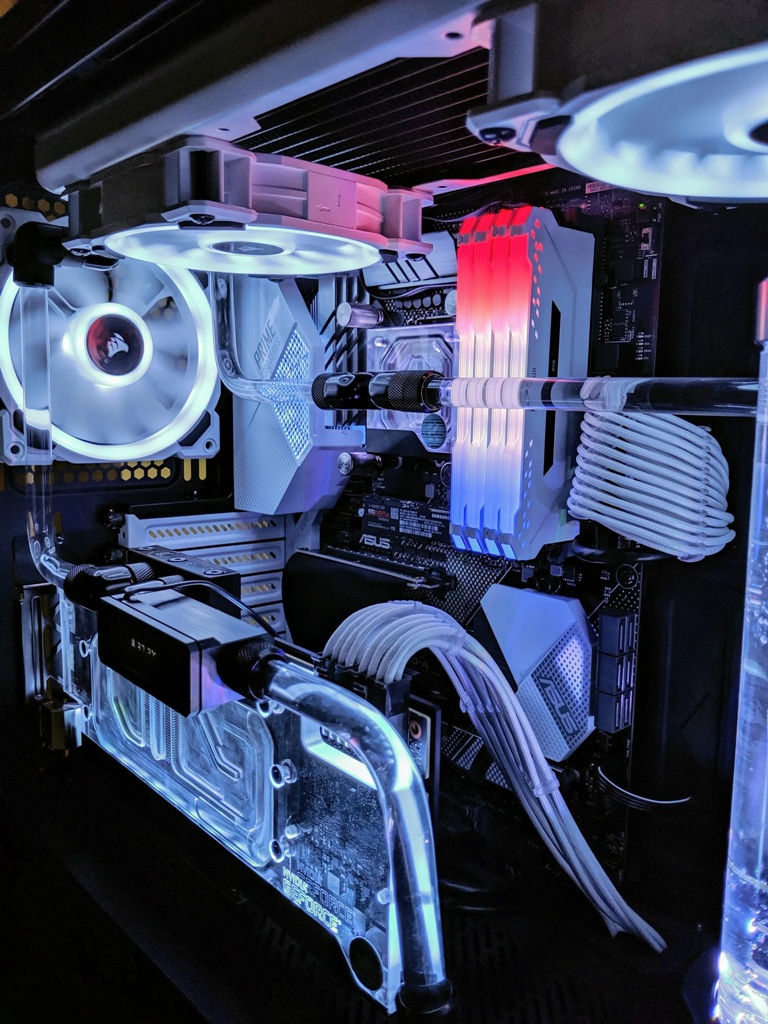 You know that your GPU & CPU is throttling because it begins to work slowly and not very efficiently as before. Besides, it starts to hang randomly without any reason. You may want to check the PC case temperature.

If it is too hot, then you will want to shut it down for some time. You can also see the clock speed. When you see that clock speed is not stable and fluctuating, then it is a definite sign of your GPU & CPU throttling.

There are some basic hardware monitoring applications that are found on the Windows 10 and 11 operating systems. Here are the following steps that you would want to make use of so that it can work properly.

Apart from that, you may want to make use of a program like the CPU-Z for checking the throttling. The CPU-Z offers you with detailed information on the hardware of your PC device. When the throttling portion has a yes, then it is throttling indeed.

How can you fix GPU & CPU thermal throttling? Below are some methods we have complied for you to fix the GPU & CPU thermal throttling.

You need to adjust the power settings on the system

You need to use the power options on your system and adjust the power settings. You can do that by going to the control panel. You can either click on the icon or type it into the search bar. Choose the hardware and sound from the settings.

Go to the power options. Now, first, check to see if the power plan is active or not. Then you would need to lower the temperature and lower the system noise. You will note that the CPU has slowed down by the power saver & balanced modes.

It does affect the CPU when it is not at work or when it is doing minor tasks. But it can have a massive impact on other applications like gaming. Supposing you want to choose the plans, change them, and then choose the high performance.

You may want to disable overclocking

It can be done using the BIOS.

It would help if you replaced the thermal paste

You should update the BIOS of your PC device

Despite doing the above methods, when you experience a slowdown in the PC machine, then you would want to update the BIOS of your PC device. As you might know, BIOS stands for the Basic Input/Output System.

The software controls the hardware of the PC system. When you are using an outdated BIOS, then it can cause several problems, like thermal throttling. So, you may want to update the BIOS on your PC.

You will want to increase the ventilation of the PC device

You would have read this pointer in the first part of the post. If your PC case is old, then there is a possibility that it contains a lot of dirt particles. You would want to clean your PC case when it is not clean or think of adding some more fans.

Please make sure that your GPU & CPU fans are functioning correctly.

You may reduce the ambient temperature

You can reduce the ambient temperature in your PC device. It can be done by using the air-conditioner or cooler. This is required when you are living in a tropical region. Sometimes when the temperatures are too hot, then it can cause the GPU & CPU to malfunction.

You can disable the turbo boost

The turbo boost enables your CPU to work quicker and much faster as and when needed. Moreover, it can cause thermal throttling, and that is why you may need to disable it. When you find that your PC device is having the problem, then disable the turbo boost.

No, GPU & CPU throttling is not a bad thing. This is a way to ensure that your CPU can protect itself from not getting too hot. But this can cause a reduction in the performance of the overall working of the device.

How to check if your GPU & CPU is throttling?

You can check if your GPU & CPU is throttling using a few methods. One of them would be to make use of the different GPU monitoring tools or the CPU monitoring tool. You can utilize the resource monitor that you can find on Windows.

How to stop GPU & CPU throttling in Windows?

You can stop the GPU & CPU throttling on your Windows device using many methods. Of them, you can use the disable power saver and balanced modes. There is also another method to update your BIOS or try to disable overclocking.

A few reasons cause CPU thermal throttling, like overclocking. You can find another factor could be the BIOS is outdated. Besides, you also have poor ventilation & high temperature in the PC machine that may lead to this problem.

When you are still having the GPU & CPU thermal throttling issue despite making use of the methods that we have mentioned in the above post, then it is time to change your PC device. You are most likely using components that are outdated and may not work at all.

We are just hoping that is not the issue, but some users may prefer to use their old system. However, the good news is that you have a variety of PC machines to choose from. As always, with most of PC devices, there could be a lot of troubleshooting required.

We hope that this guide was able to give you some tips for selecting the right place to start. When you want to clarify some of your questions with us or share your thoughts, then please do feel free to write them below in the comments section.